I was working on a lecture on cyber crime this afternoon and highlighted how spam often plays on people's guilt or insecurities. Nowhere is this more obvious than in offers of penis enlargement, not only a whole industry for spammers but also a sizable real industry providing treatments, potions and contraptions. A Google search demonstrated this with sponsored links, shopping results, videos as well as information from Wikipedia. 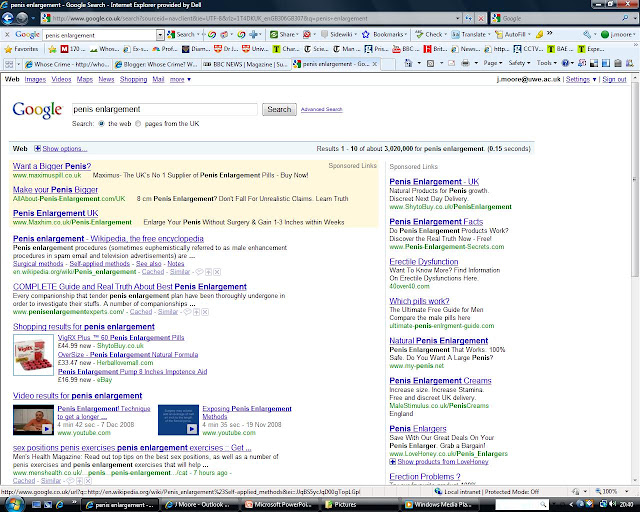 The success of this industy I would hazard a guess is a direct result of a sizeable (pun intended) number of men feeling insecure about their natural endowment. The spammers hit a raw nerve!

There is nothing new in this technique.  I recently read Ben Wilson's excellent Decency & Disorder: The age of cant 1789-1837 who told the story of a quack called Samuel Solomon who after purchasing an MD at the age of 20 went onto make his fortune through marketing his cure all wonder drug The Cordial Balm of Gilead. The promoting of this drug was achieved by sales of Solomon's A Guide to Health which went through 66 editions in racking up over 120,000 sales. 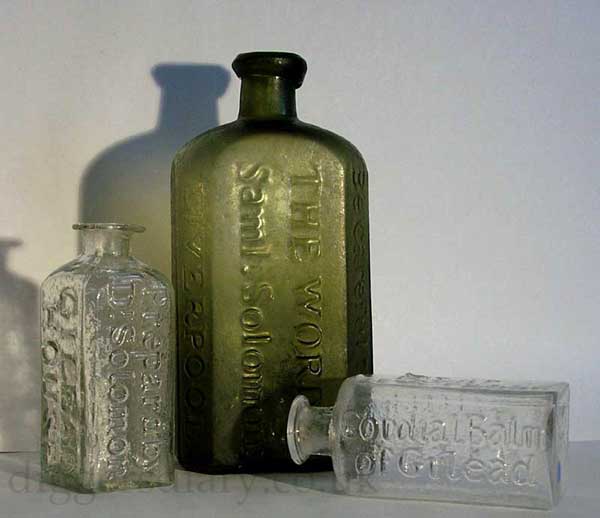 
Youth of either sex, who have practised a secret and destructive vice, and thereby relaxed, weakened, and debilitated the whole nervous system, will find the Cordial Balm of Gilead the most powerful, certain, and effectual restorative.

He had put his money on the universality of self pleasure and his judgement that when it was diagnosed as the cause his customers would be reluctant to request a second opinion. He made an awful lot of money. He had like today's spammers hit a raw nerve. 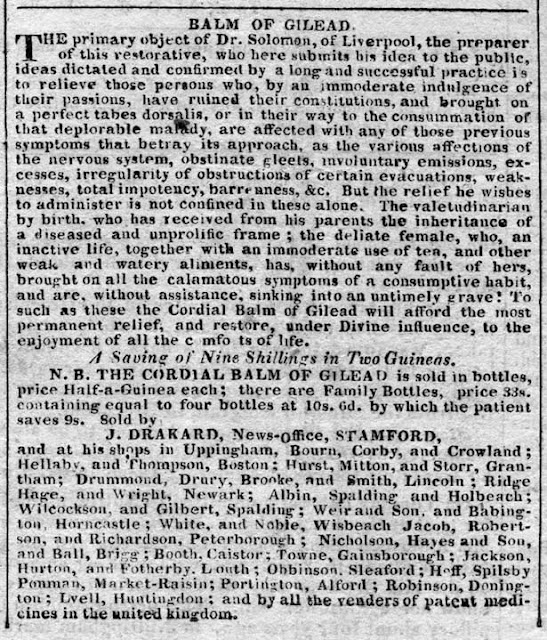 
Wear this oil to mend a broken heart, or to attract a new love. Also add 1 drop to red wine for a simple love drink. Burn as a material basis for spirits, and also carry on a tissue for protective and healing purposes.

FURTHER UPDATE - Penis Enlargement really does increase the size of your blog readership.  Following me posting this blog late on Sunday, the following Monday saw a record number of visitors in a day. I wonder what else I can do to pump up the size of my readership?
Posted by John Moore at 21:16