In 1995 I went on an organised tour of Pentonville Prison with a group of Board members from the Housing Association I worked at. As the Housing Association housed ex-prisoners the visit was intended as part of their induction and to help them understand the experiences of our residents. A second group was merged with ours. It was a group of army officers on a pre-discharge course who were being tempted by the prospects of becoming a prison governor. As we walked around I was struck by how often the army officers recognised both prisoners and guards. They were not surprised that NCO's become guards but where shocked at the number of soldiers they saw locked up. I was less surprised. Armed Forces charities have always been very generous with former service personnel who end up in prison and as a matter of routine we asked new residents if they had been in army or navy because we knew if they had we could help them access funds to help them set up a new home.

So I was not surprised to see the Guardian recently report that there are more veterans in prison than soldiers in Afghanistan. The claims are based on research carried out by the Probation Officer's Union and whilst it is clear that there are some problems with the research methods they do raise an important and interesting point. The issue was also covered on the Today programme on Radio Four.

Is it that the army recruits the type of people who were likely to end up in prison anyway? Or could it be that the forces institutionalise sailors and soldiers and make them incapable of living stable lives after they are discharged? What impact has Iraq and Afghanistan had? Most former soldiers I knew coming out of prison had not experienced combat. But recently many more soldiers are experiencing killing and people attempting to kill them. This must have a massive impact on their lives and could it be leading to more violent behaviour?
Posted by John Moore at 20:04 No comments: Links to this post

Sweet Sixteen - One week only 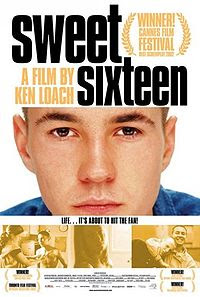 BBCi has Ken Loach's film Sweet Sixteen available to watch, but for this week only. Gritty drama focusing on Liam, a 15 year old boy from Greenock, in Scotland, whose Mum is in prison, and who dreams of making a life for them both on her release. The film charts his involvement with the only business that can make a teenager rich in working class Scotland. Well worth watching.
Posted by John Moore at 17:48 No comments: Links to this post

I received the e-mail below from one of last year's students. I haven't read the book but thought I would pass on his recommendation. In one of next term's seminars we will be debating drugs and this looks like a really useful resource

Hello John- just a quick message from the other side of the world for you- only
to say that I have just brought a book that I believe you could encourage your
students of next year to read regarding the topic area 'the war on drugs'. Its
called The Candy Machine by Tom Feiling. Despite only reading the first 15 pages
while sitting on the beach this morning I thought of you and last year and how
it would have helped me construct a good argument in last years final exam.
Check it out anyway and see what you think http://www.guardian.co.uk/books/2009/sep/05/candy-machine-tom-feiling-review

Posted by John Moore at 10:46 No comments: Links to this post

Email ThisBlogThis!Share to TwitterShare to FacebookShare to Pinterest
Labels: After the War on Drugs, Candy Machine, Tom Feiling, War on Drugs

ASBO of the Month 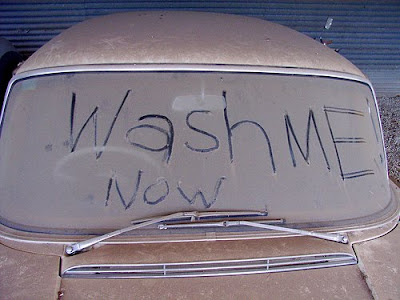 Plymouth Council have successfully applied to Plymouth Magistrates for an Anti Social Behaviour Order banning Richard Flynn from operating any business without planning permission.
Flynn apparently was operating a car wash without obtaining the necessary planning permission. If he breaches the ASBO he could be imprisoned for five years.
Other businesses who are known to have breached planning law include Tesco, Costa Coffee, YMCA Training, Alphawaste, and Hanson waste Management. Individuals whose breaches of planning permission were resolved without an ASBO include Boris Johnson and Paul McCartney. In none of these cases was it thought appropriate to seek to resolve matters through an ASBO.


Update - Costa Coffee got their planning permission retrospectively. They were not given an ASBO!
Posted by John Moore at 20:26 No comments: Links to this post

Soft Prison - How the news is made

On the 9th September just after 11 in the morning a journalist called Sadie Nichols from the Daily Express posted a request on the askcharity webside. Askcharity has been established to help communications between the media and charities. Sadie's request was

I'm looking for someone who has been in prison and thought that it was all quite a cushy life inside - just as we are led to believe - and would be willing to share their experience anonymously for a feature. Please get in touch if you know anyone, male or female, who would testify that life behind bars isn't the tough experience law abiding citizens would hope that it is.

Now clearly our Sadie (or her newspaper) have a clear agenda. They are not interested in the stories of those for whom imprisonment is unbearable pain. She would have no interest for example in this excellent and very moving blog by Raymond Lunn describing his experience of imprisonment. No she wanted to portray prison in a very different light and was looking for a charity to help her.

Sadie's fishing paid off. The next day the 10th September the Express website ran a story under the headline

PRISON? IT'S A FIVE STAR HOTEL

Bob Cummines, the Chief Executive of charity UNLOCK and a former ex-prisoner who spills the beans on the 'reality' of imprisonment. He informs his readership that

Prisoners are given PlayStations, their own flat-screen televisions in their cells, their beds have pretty covers and even curtains at the window.

He tries to slip a reformative message in arguing for prisoners to be made to useful work but his article's main impact is to reinforce the Express's predetermined message - prison needs to be made harder. Prison's are full of the most damaged and vulnerable people in our society. For those prisoner's already unable to cope making prison tougher will just mean more pain, more self harm and more suicides. But Bob has a charity to run and funds to raise.

A interesting final point. Sadie Nichols doesn't write for the Express she appears to write only for the Mail online. Her output there includes some "soft prison" stories. However the Express does have a Sadie Dodds who is a regular contributor. It appears that our Sadie uses different names for different papers. The quality of the journalism is however equally bad under both names.