I found an article by Mark Johnson about the death of his friend Craig Morrison incredibly sad. Craig fitted the profile of so many of those incarcerated by our criminal justice system, he came from a working class family, his father left home, his mother was an alcoholic and he ended up at 12 being put into 'care'. At 16 he was left to fend for himself he soon drifted into drug use and petty crime. Craig's account of his own childhood can be read in a Guardian Article published in 2008.

Like so many young people who are failed by society and damaged by its institutions it was his fate to end up in court where a man in fancy dress and a wig will have told him it was his fault and what was needed was that he be subjected to pain. This he would have been told was "justice".

Despite the criminal justice system's best attempts some convicts manage to escape its clutches and found outlets for their humanity and talents, sometimes a section of the criminal justice system actual helps them. This appears to have been Craig's experience at Grendon prison ten years ago which proved to be a turning point in his life.  Following release he appeared to be the very model of a reformed prisoner, he got a degree and followed this up with employment in a number of criminal justice agencies. He became a sought after speaker at reform conferences and seminars.

On New Year's Day he killed himself.

Just being in prison reduces life expectancy, the average age of male prisoners who die from 'natural causes' is 56.

So we do still have a death penalty, just not one handed out explicitly. Prison Kills.
Posted by John Moore at 10:59 No comments: Links to this post 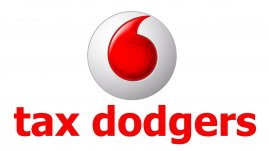 Back in September, as the Government claimed it was necessary to cut £6 billion of the welfare budget I highlighted a story in Private Eye about the Government letting Vodophone off a £6 billion tax bill.  A classic case of stealing from the poor to give to the rich.  This deal has subsquently been highlighted by the excellent direct action group UK Uncut who have targeted Vodaphone in their actions.

Last month the National Audit Office announced it was going to investigate how the Government reached "agreements" with large firms over disputed tax bills.  I will being keeping an eye on this investigation.
Posted by John Moore at 14:00 No comments: Links to this post 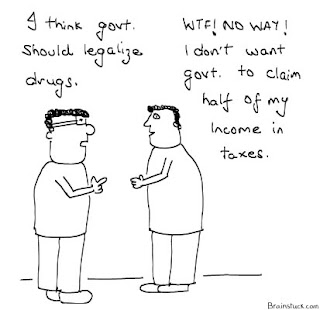 An interesting online poll on the Sun website last month on the legal status of drugs.  The results were

Obviously on-line polls have severe limitations, they are self selecting samples and can often be fiddled, but nevertheless the Sun has traditionally been one of the rags that has generated moral panics on drugs and it will be intersting to see how readers polls like this impact on their editorial line.
Posted by John Moore at 10:44 No comments: Links to this post

Apologies for the lack of activity but I have been drowning in work.  The marking season is now over so expect a few more posts over the next month.

This is a brilliant video animation of a David Harvey talk at the RSA.  WATCH IT!

Posted by John Moore at 16:39 No comments: Links to this post